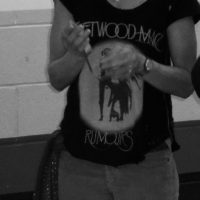 Three years ago this weekend, this would have been my first experience of an open fencing competition. In this case familiarity only breeds greater affection each year and I think this will always be my favourite open being the sentimental soul I am!

In 2015 I was equal third in the Women’s Foil, winning my first medal in fencing. With a larger number of entries this year, in fact almost the same number as the first year I went I set out with an open mind in terms of a repeat achievement.

After what seemed like an endless blur and merging of hotel rooms from Birmingham to Bath and one long, never-ending train journey since the end of March, it almost felt too blissfully easy to wake up at home and pull on my kit, albeit eyes half shut at 5am! Then just over an hour and a half in a car with a few good friends to the venue.

Passing around the promised home-made lemon-drizzle cake – strictly to Truro fencers only! – I plugged into the warm-up play-list through an espresso-induced buzz-haze and began stretching. As usual the weather was absolutely glorious outside so not breaking with tradition, after checking in, I went for a few laps round the outside of the gym hoping I’ve remembered where and how many steps there are!

No arguments with random forgotten steps, I found my way back to the ‘Truro camp’, kitted-up and my checked foils. Putting new tape on a blade, it struck me how everything felt so wonderfully familiar and even the smallest things like knowing exactly where all the doors were and the toilets, changing rooms etc. makes such a huge difference. As well as already having a good idea of how the lighting will affect the level of vision I have on the piste; all these things that can distract my attention from focusing on a competition itself were here, suddenly I realised, with the familiarity a happy irrelevance!

Overall, I won half my fights in each of the two poules which gave me a ‘by’ into the last eight, meaning I had to win my first direct elimination (DE) in order to win a bronze medal. Somehow though, I’d convinced myself, probably as there were more fencers and my mind tends to dissolve at the hint of anything remotely mathematical, that I had to win the second DE for a bronze! In actual fact on reflection, this probably helped my focus in what would be my last DE and final fight of the day.

No advance on bronze this year then, but still another bronze (if initially an ‘oblivious’ medal!) more invaluable experience, and great memories with friends to treasure. See you all next year!